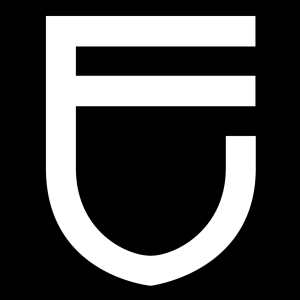 Running a company takes skill and experience. In our fast-moving economy, decisive, innovative leadership wins out. Under the Companies Act 2006, Section 40 (et al.), the power to run a company lies firmly in the hands of the board of directors (the Executive). However, that power comes with a great deal of responsibility (fiduciary duties). The Executive makes decisions, but they are accountable for those decisions. In a Stewardship Trust, the Stewardship Council holds the Executive to account but does not have any operational decision-making powers itself. Therefore, a Stewardship Council is a non-executive governing body. Although the Stewardship Council can appoint and remove directors (though the latter is heavily regulated), its real authority comes in its mandate to act as the legitimate voice of the Trust.

To maximise its effectiveness, the Stewardship Council constitutes three groups of equal weight, that work together to represent the views of the Trust as a whole.

The Executive and Steward Councillors are not elected but selected in a process called Sortition. Sortition is fundamentally egalitarian and arguably one of the most democratic forms of governance. Egisly forms Stewardship Councils using a weighted-random algorithm. The weight of each Steward is calculated using a formula that takes into account relative remuneration and length of service.

The Executive and Steward Councillors should always seek unanimous consent, but divisions can arise. Also, Executive and Steward Councillors only serve for one year in office at a time. Although this has the benefit of ensuring a broader church and fresh perspectives are always available; it can hamper the goal of fostering a long-term outlook. Finally, to be effective, a Council can be enriched by external views and sound independent counsel.

By removing term limits, Independent Councillors provide continuity, while their fundamental independence and selection/removal process protects against the potential downsides. Further, the Chair of the Council comes from the Independent Councillors to prevent an imbalance in the voice of the Executive and non-Executive Steward members. In the case of an Egisly appointed Stewardship Council, the Chair is appointed or removed exclusively by Egisly to ensure that it can fulfil its role as the Stewardship Firewall.

Given selection by Sortition, it is inevitable not all Councillors will feel prepared or equipped to undertake the role of a Shadow Councillor. As with Jury Service, serving on the Council is a duty that cannot be avoided by anyone wishing to remain a Steward. It is important that once selected, no undue pressure can be exerted to prevent a Steward from taking their seat, and there is no greater expression of the care expected of a Steward than to serve on the Council. Further, the term limits on Executive and Steward Councillors can lead to a loss of continuity and institutional memory. For these reasons, Councillors are first selected to join the Shadow Council, where they sit until a relevant vacancy opens in the Council (usually a year later).

The Shadow Council sits with the full Council and is identical in all regards, including the right to be heard, except it does not have a vote. Of course, votes are a rare occurrence, as the Council strives to govern by unanimous consent, so this isn’t a significant difference in practice. The Shadow Council allows members to gain confidence in the role, as well as promoting continuity of governance. There is a corresponding responsibility for the Council to equip and prepare the Shadow Council for ultimate service.